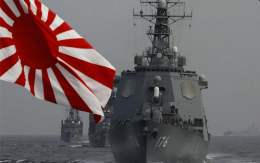 Is it Good for the U.S. that Japan is Remilitarizing?

Ben Carson Can Start Fixing HUD Today. Will He?

North Korea threatens Japan & What is to be done? 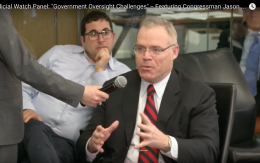 The mission of Straight Talk USA is to promote reasoned research, analysis, and commentary about critical public policy challenges facing the United States.  The blog features the writings and media appearances of its founder, Dr. William J. Murphy, and other authors.

Dr. Murphy is an Associate Professor of Social Science at the New England Institute of

Technology in East Greenwich, RI where he teaches American government, economics, and U.S. national security policy.  He previously served as a lecturer in the International Relations Program at the University of Pennsylvania, an adjunct faculty member at Villanova University, and a visiting professor at Kyung Hee University in Seoul, Korea.

He holds M.A. and Ph.D. degrees in Political Science from the University of Pennsylvania as well as an A.B. in Government from Harvard College.  He is also a veteran of enlisted and officer service in the armor branch of the United States Army from 1988-1991, including assignments as a tank platoon leader and battalion staff officer with the 2nd Infantry Division in Korea.

Dr. Murphy is also the founder and president of Good Government Now, an advocacy group devoted to strengthening congressional institutional capacities for oversight and investigation of the executive branch, ensuring compliance with the constitution, and promoting the rule of law.

He is an energetic advocate for good government, effective public policy, and sound national security policies.  He is active with several advocacy and policy research organizations devoted to advancing these ideals.

Dr. Murphy serves as a policy advisor to The Center for Constitutional Reform at The Heartland Institute and a Co-Chair of Physicians Against Drug Shortages, an advocacy group dedicated to promoting competition in the pharmaceutical and medical product markets.

His current research interests include options for improving the effectiveness of congressional information requests and subpoenas of federal officials, developing viable inherent contempt enforcement capacities for Congress, ensuring the faithful execution of the criminal contempt of Congress statute, and strengthening civil judicial enforcement of congressional subpoenas of federal officials.